“Maximus Prime” was named as a play off the one time TV Show Transformers (long before the movies came out). She is what we would refer to as a radical pro street Softail. She was designed and built for a client in the south east that had only two demands… BIG horsepower, and “chrome”! We think we hit the mark on both! We started with one of our 8″ forward 4″ negative stretch DKCC “Top Fuel” frames, added a dash of BIG HP, a 6 speed tranny, DKCC long tube intake, DKCC LMF pipes, rear air ride, hand crafted aluminum “fuel cells”, floating rear fender, hand stitched seat and did I mention chrome. All that chrome is laid over multiple layers of hand polished copper and a single layer of nickel. The end result is a super slick daily rider that runs like it were shot from a cannon. Be sure to check all the little details on this machine. 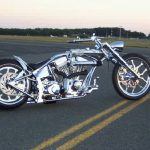 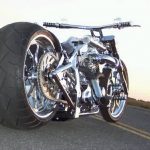 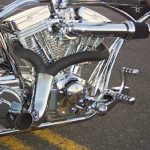 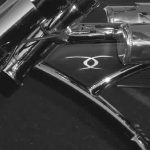 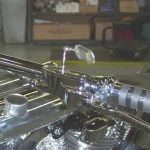 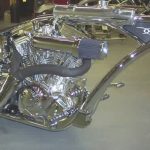 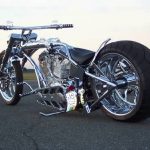 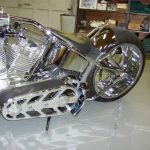